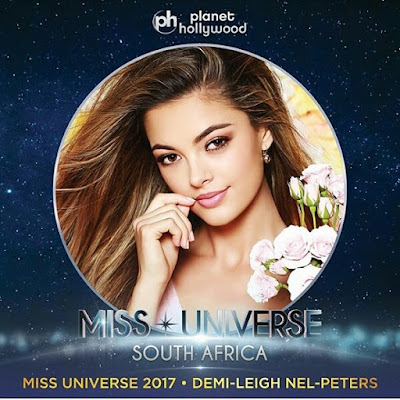 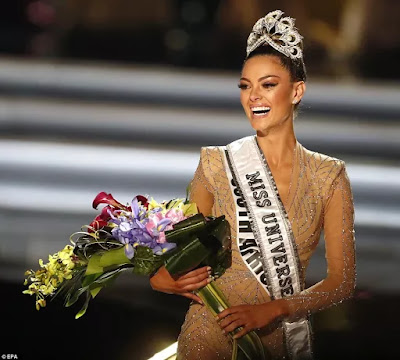 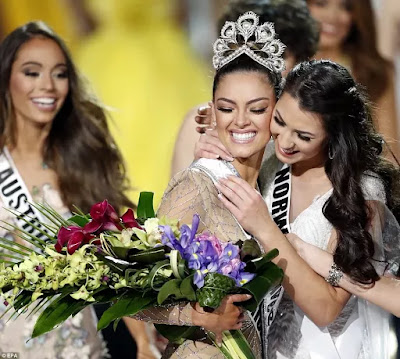 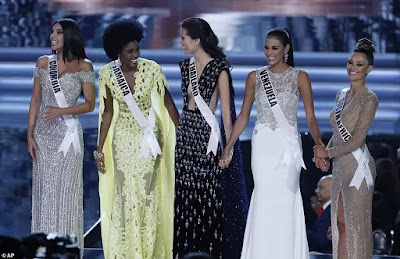 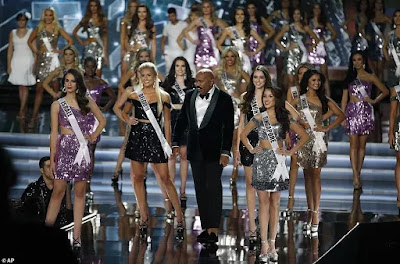 Advancing to the top 3 were Miss Jamaica, Colombia and South Africa.
After the question section, Miss Jamaica Davina Bennett was made the third runner up, Miss Colombia Laura Gonzalez was the second runner-up, while Miss South Africa, Demi-Leigh Nel-Peters emerged as Miss Universe 2017! 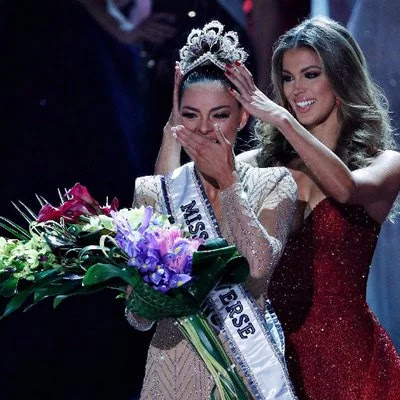 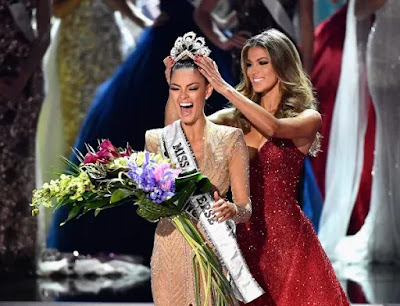 Demi-Leigh Nel-Peters from South Africa is 22 years and stands tall at 170 cm. She recently earned her degree in Business Management at North-West University after making history at her high school for holding two leadership positions. Demi-Leigh’s biggest motivation comes from her half-sister who has a disability that lives in Potchefstroom with her stepmother and father. In her spare time, Demi-Leigh is passionate about a program she helped develop to train women in self-defence in various situations. She plans to share these workshops and help as many women as she can.