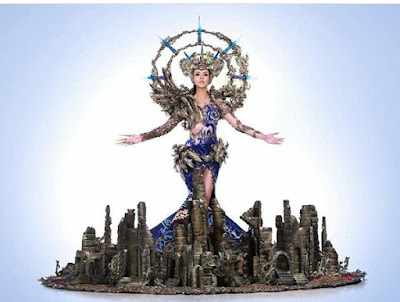 Miss Grand Indonesia Dea Rizkita’s elaborate costume at the ongoing Miss Grand International 2017  happens to be based on Ibu Pertiwi (Mother Earth), the Hindu mother goddess of earth who is also the national personification of Indonesia.
See more photos below... 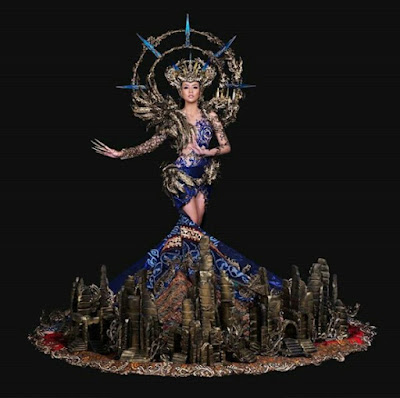 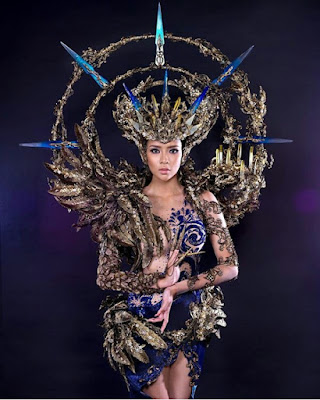 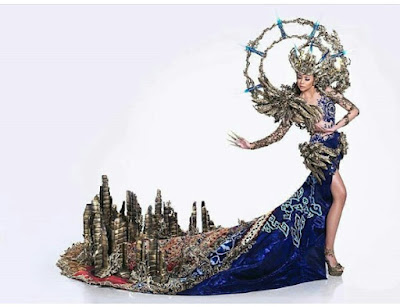 December 22, 2016
Adesua Etomi is a multiple Award winning Nigerian actress, but here she slayed hot like a top mannequin... She is such a doll for Wanna Sambo Women Wear Holiday Collections SS'17.
see more mannequin-inspired photos...

May 02, 2017
Miss Universe Sierra Leone Hawa Kamara who made history as the first woman to represent her country Sierra Leone in Miss Universe 2016,  has been awarded the 'beauty queen of the year' in Sierra Leone. Congratulations to her!
Post a Comment
Continue reading »