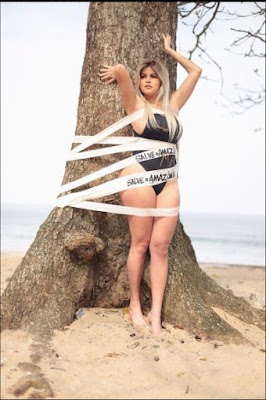 The 2017 Miss Bum Bum contestants turned political by tying their bodies to trees, in a bid to protect the Amazon.

The BumBum girls decided to make their country proud with their bum bum; tied themselves to trees, wrote slogans on their body, held signs slamming president Temer and covered their mouths in tape.

In a collective statement according to sun.uk they said: "We do not agree with this decision. It is our forest, it should not be used for exploitation."
See photos after the cut... 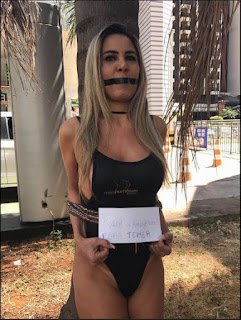 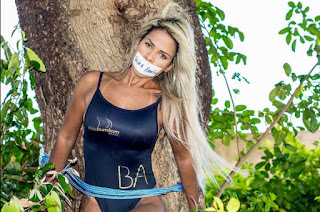 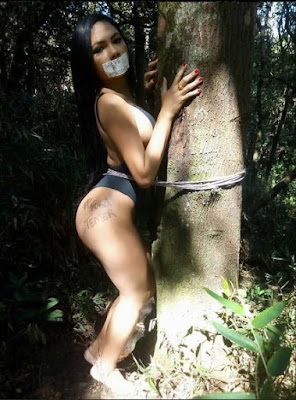 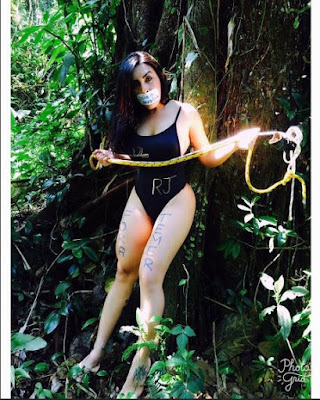 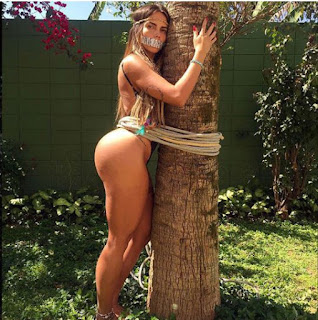 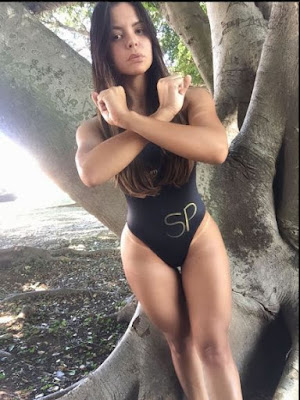 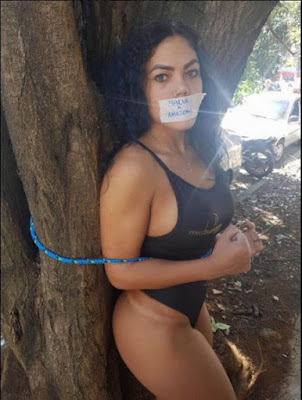 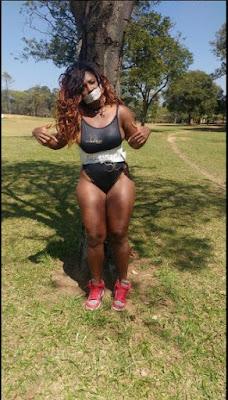 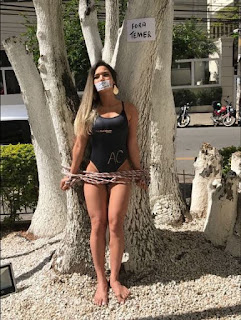