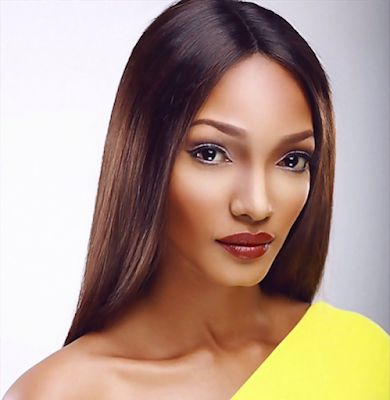 Millen Happiness Magese is a world-renowned fashion model and humble humanitarian. When she’s not prowling runways in Europe, the United States, Asia and Africa, the former Miss Tanzania can often be found giving her time, talents, and energy to making a difference in the lives of those who are less fortunate through her significant contributions to charities such as the Tanzania Education Trust, African Rainforest Conservancy, and the MacDella Cooper Foundation. She has also established the Millen Magese foundation to empower women and girls of Tanzania.
Beyond all of her professional talent and subsequent accomplishments, helping others has always been what Millen Magese enjoys the most. Millen suffered in silence about her struggle with endometriosis until 2014, when she began to speak out and advocate for the improvement of menstrual health care for women and girls in all of Africa. She believes the taboo on menstruation needs to be eliminated in all of Africa but especially Tanzania.


To pursue this goal, she has advocated for the reform of the Tanzania healthcare system to improve women’s health care and specifically reproductive health. She has seen success through her advocacy, as Millen initiated training programs to better equip Tanzanian doctors with education on endometriosis and resources to make a timely diagnosis of women’s suffering with endometriosis. Furthermore, she advocates for the pursuit of gender equality through the improvement of education for women and girls and reproductive health services.
The pain Millen faced as a young girl during her menstruation would cause her to miss an average of 8 days of school each month. She hopes that no other girl will feel her pain and go through obstacles to receive an education that will allow her to achieve success. 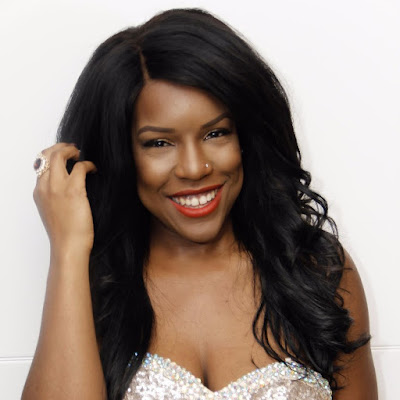 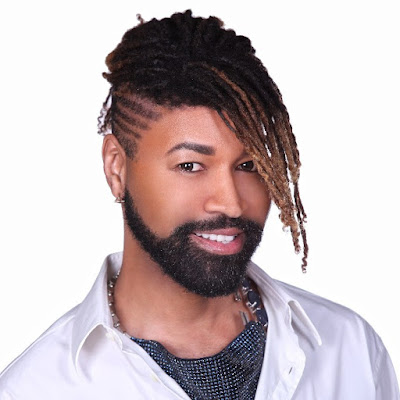 Ty Hunter is celebrated as one of the world’s most influential fashion gurus. He has styled or contributed to the cover of almost every major international magazine. He has also consulted for more than fifty national and international ad campaigns.

Ty Hunter was afforded the opportunity to work with an up and coming pop group named Destiny’s Child by their Lead Stylist, Tina Knowles, in 2000. Since working with the iconic, Beyoncé, Ty has risen to the top of the fashion charts as being a key talent in the field. His creative vision and experience has led him to work as a designer and creative consultant for personal projects and major product launches. His collections have been recognized internationally by multiple publications and worn by countless celebrities.

Ty Hunter has a following on social media under the handle, @tytryone. He is known for posting motivational quotes in yellow and giving his followers a peek into his social life. His daily social media quotes have grown to motivational speaking engagements. Ty shares his transition from celebrity stylist to CEO of a tech brand and furthermore a highly requested creative director. From his humble beginnings in Austin, TX. to a worldwide recognized name in fashion, Mr. Ty Hunter. 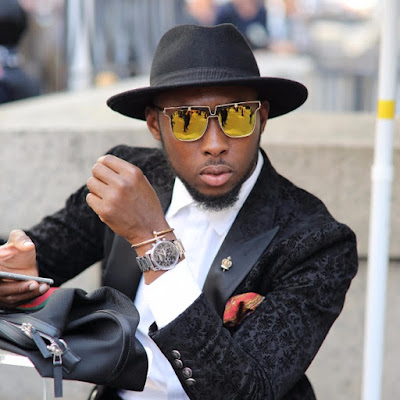 Efe Tommy is a seasoned TV/Media personality, Public Relations consultant and style blogger. As a TV personality, Efe Tommy has done it all from interviews with former US president, Bill Clinton to pop sensation Davido.

His style blog uberstyle has seen him conquer the streets of New York during 2016 New York Fashion Week.

Efe Tommy who is driven by love and passion for fashion is doing everything to gain presence in the business side of fashion within the African continent. 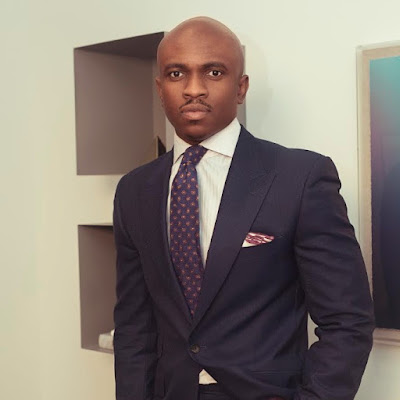 Named by Forbes Magazine as one of Africa’s Best Young Entrepreneurs Under the age of 30 in 2013, Isaac O. Babu-
Boateng is one of the leading voices of the pan-African millennial generation. With an ambition matched only by a grandeur vision, Babu-Boateng is at the forefront of the mission for this generation of African descendants to control the image of Africa and the rest of the world’s perception of the continent.

Mr. Babu-Boateng is the CEO of Babu Global, a leading digital media and full-service communications firm with expertise on the pan-African market. Babu-Boateng manages a variety of brands that engage a smart, affluent, and robust market of progressive Black millennials both in the United States and in Africa. The company’s flagship brand is Face2Face Africa, which Mr. Babu-Boateng founded in 2011 with no more than his own pocket savings and a strong passion for telling the African story. Overcoming many challenges and obstacles, Babu-Boateng’s strong leadership and vision enabled him to establish Face2face Africa as one of the pan-African community’s leading voices, perpetrating the stories of success, hope, and promise that is untold about Africa in western media. Today, Face2face Africa is a multi-niche media company that has created several platforms to engage the pan-African community. The company produces the internationally recognized African achievement awards, the FACE List, which honors people of African descent pioneers and trailblazers around the globe.

Amongst its many platforms, Babu Global recently launched the Ghana Legacy Honors, an annual event held in Accra to celebrate Ghanaian achievement and help drive foreign direct investment. Babu-Boateng holds a BS degree from Lincoln University in Pennsylvania. He is a proud member of the Alpha Phi alpha Fraternity Incorporated. In 2016, he was featured in Lincoln University’s “Forty Under 40: Most Successful Alumni’ list. In 2015, one of Africa’s biggest lifestyle magazines, Glitz, featured him as one of the top 20 coolest people under the age of 30 in Africa. This year, Mr. Babu-Boateng was named as one of the Network Journal’s prestigious 40 Under 40 Achievement Awardees.

Babu-Boateng truly believes that it is not where you start that matters, but where you end up. Consequently, he continues to work tireless to inspire and motivate the next generation of people of African descent.

Who Will Be The Next Miss Nigeria USA?.
Find out on Saturday August 12th 2017 after these Judges Decide! 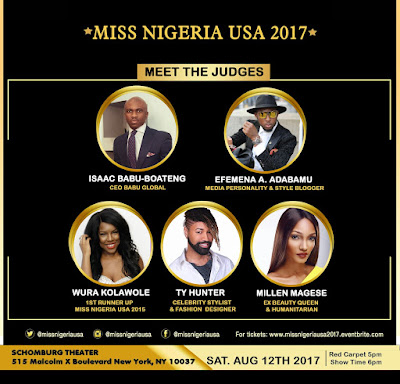