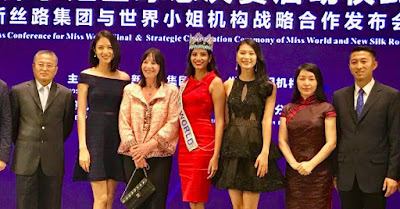 The 2017 Miss World finals will be held in China on November 18, the Miss World Organisation announced on its Facebook page.

This year's edition, the pageant will have greater emphasis on social media and interactivity throughout the 28 days of the festival. New Silk Road, a leader in China’s fashion and culture industry, will be the hosting partner for Miss World 2017.

The announcement added that “all contestants will arrive in Singapore”. Full details of this year’s world final will be announced at the end of July. 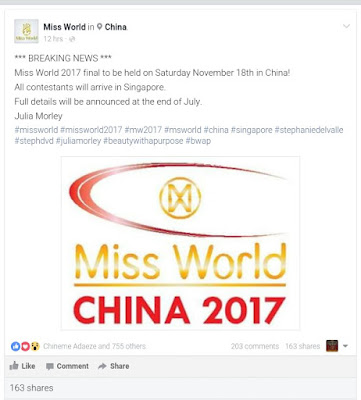