Making Africans Proud! Maria Borges becomes the first African girl of the century to be on the cover of ELLE USA magazine 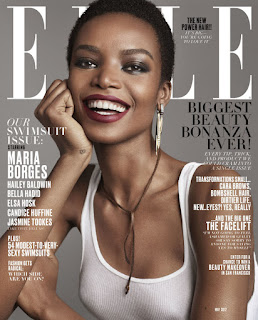 It's been over 20years since ELLE USA magazine featured an African woman on their magazine cover.