February 26, 2017
The Beautiful Iradukunda Elsa has successfully snatched the Crown for 2017 Miss Rwanda. She trounced other 15 contestants to get the prestigious crown.

The gentle Iradukunda from Western Province said the huge trick behind her winning the 2017 Miss Rwanda pageant was “Prayer”. 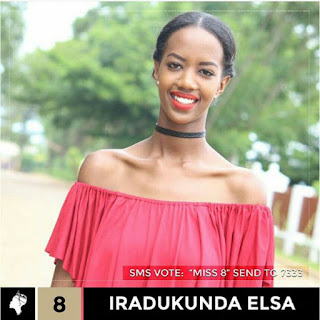 Earlier this month the 15 finalists were screened for a "pass" from a total of 26 contestants from all four provinces and Kigali city.

These finalists have been undergoing several days of training at a boot camp in preparation for this day.
The Miss Rwanda boot camp was a period of continuous test on ; public speaking, project design, general knowledge, and modeling among others.
Miss Rwanda is held under three pillars; Beauty, Brain and Culture.


The beauty Queen's project during her reign as Miss Rwanda 2017, is to promote Made in Rwanda brands in order to enhance consumption of local products. Rwanda badly needs to cut down on its wide trade deficit by promoting locally manufactured products. 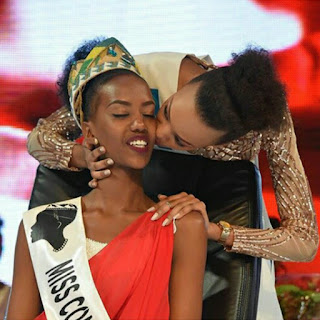 “If we are able to wear International brands like D&G, why can’t they also rock our local made in Rwanda products, “ Iradukunda said during her presentation insisting that in partnership with the ministry in charge and the Rwanda entrepreneurs they will set the bar high and make her dream come true.

Iradukuanda received a brand-new Suzuki Swift worth Rwf15 million, courtesy of Cogebanque, a local bank. And she will be earning a monthly salary of Rwf800,000...wow!!

The most awesome part of the event is that all contestants were awarded full scholarships to attend Mahtama Gandhi Univeristy and outgoing Miss Mutesi Jolly was officially made the brand ambassador of Rwandair.

According to organizers, the selection process follows strict rules and guidelines – contestants are subjected to different challenges from which judges decide winners based on their abilities to transform into role models while contributing to Rwanda’s social and cultural progress.