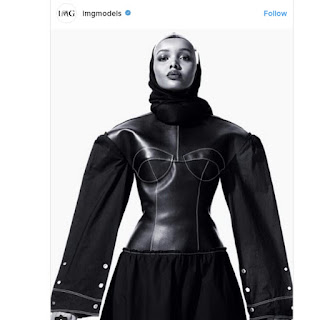 Hijab wearing model Halima Aden signs on to IMG models, participates in Yeezy Season 7 NYFW and on the cover of CR Fashionbook. wearing her Hijab!

The Muslim model who made headlines at last month's Miss Minnesota pageant when she wore a hijab and a burkini during the swimsuit portion of the night,she became the first Muslim to compete in a beauty pageant wearing Hijab.

The Somali-American was just signed by IMG model Agency, one of the best in the world, becoming the agency's first Hijab-wearing model.

She wrote ......
"  I signed with the top modeling agency in the WORLD and still wore my hijab as my crown.
Don't ever change yourself ..Change the game❤️ I can't thank @evelienjoos, @carineroitfeld , @ronnie_hart , and @benperreira enough for believing in me. Thank you so much @usastatepageants for opening this door ❤️ I am so excited to join the @imgmodels family and spread the message that diversity IS beauty 💞 "

She made her debut in Kanye West's Yeezys Season 7 at the just concluded New York Fashion Week and shot for CR-10 fashion book with Mario Sorenti and on the cover of CR magazine wearing her hijab. 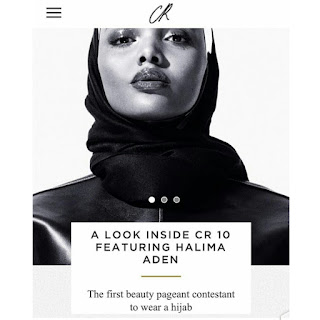 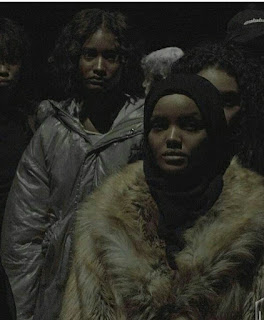 Read what she had to say ....
"Never thought I would see the day that a woman dressed like me would grace the cover of a fashion magazine. Thank you SO much @carineroitfeld and my new@crfashionbook family for giving me the opportunity to feel represented in the most beautiful way ❤️" 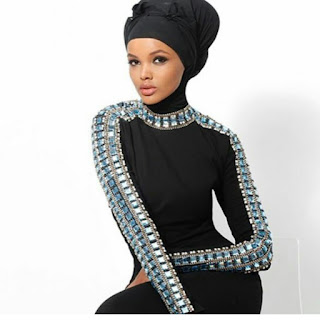 April 27, 2017
Wow! These two are super lovely! ASA &Fabulous 2017
Miss Asa  Igbo 2014, queen Jane Nnadozie is set to tie the knot with 'the love of her life', her best friend Mr. Ezurike Nnamdi both from IMO state, Nigeria.

The ex beauty queen took to her social media to share the good news with their adorable pre-wedding photos.
Checkout...