Pageant Organizer disqualifies All Contestants on Stage for Sheer Stupidity 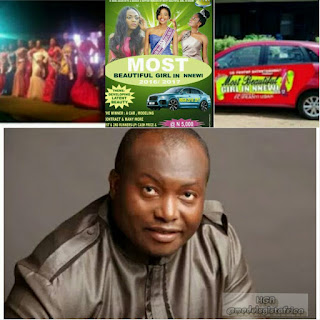 For the first time in the history of beauty pageantry, no winner was announced, no queen was crowned. All the girls who participated in the contest were disqualified
Nnewi born billionaire Ifeanyi Uba who is the owner of Capital Oil was full of disappointment as contestants for the beauty pageant (Most beautiful girl in nnewi) which he organized in his home town were so dumb that they couldn't give excellent answer to any of the questions thrown at them during the pageant grand finale.

Majority of the girls answered the questions by blatantly saying "I don't know" or "no idea" _ Here are some of the questions:

Q: Who is the Traditional ruler of Nnewi? A: Thanks for the question, but no idea. _