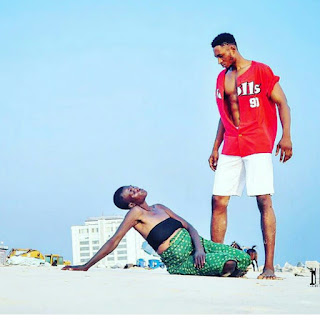 I don't know how and where he got that super courage and sympathy...read his touching story
King Mathew - "It's was a beautiful afternoon i went on set. after changing up for the shoot I saw a strange woman Whom other people called mad woman, I felt pained in my heart and couldn't stand to see how famished she was. dint even know what gave me the courage to approach her. At first I was scared for her not to rush me but when I got closer to her she calm down immediately Then I sat close to her even tho I was still scared. So I asked her if she had eaten anything she dint answer me she was just staring At me. I gave her some money she refused to collect it but she later did and put the money on her toe. then I told her to go get something to eat but she still dint answer she was just staring At me. I had to stand up for my shoot and said to her 'I am going for a shoot I would see you before going home' Immediately she stood up and followed me. I was surprised but that was the time I understood the purpose of this lady. I had to feature her on the shoot. before I left the location i saw this beautiful lady she was stronger and more better. she almost cried cause I was leaving. Maybe she had not gotten the chance to sit with anybody for years talkless of to be cared for.

I want to use this opportunity to tell you today that you shouldn't miss the chance to make people happy. Go out and dispense hope, love and joy. Be a light to the world.
#kingmatthew #inspiration #somethingbigiscoming SHARE PLEASE TO INSPIRE OTHERS. 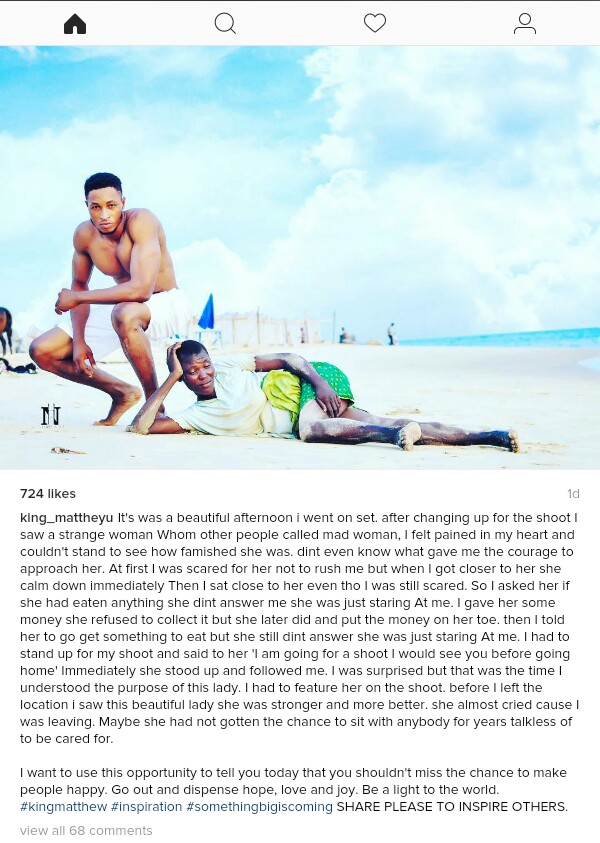