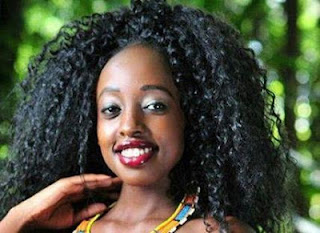 Mokeira died aged 23 on Saturday, January 28, at 11:30am at North Kinangop Hospital, where she had been hospitalised since mid January 2017. 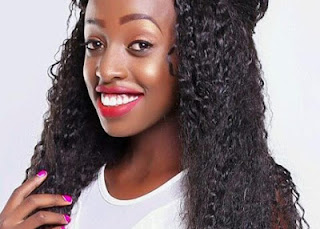 Mercy Mokeira had fallen ill last year December and was admitted to a hospital in Kijabe after complaining of neck pain. At the hospital, she was diagnosed with thyroid disease. She got well and was later discharged.

However, mid January 2017, she fell ill again and was taken to North Kinangop Hospital. On the second admission, she was frail and couldn’t talk or do things by herself.

Her blood samples were taken to Nairobi for testing on Tuesday, but before a report could be presented to North Kinangop Hospital, she died.

“My first born child, Mercy Mokeira, died today (Saturday, January 28) – and my family is headed to North Kinangop Hospital to transfer her body to a morgue in Gilgil. It is such a sad day for me,” her father, Josephat Momanyi told EDAILY on phone at 8:50pm Saturday.

"I am saddened by the death of Mercy Mokeira. I pass my condolences to her family and the entire Nyamira County. Mokeira was a very cheerful lady, and she did a good job in the fight against jigger infestation in different parts of the country."

November 28, 2016
Miss Supranational 2016 is scheduled to be held on 2nd
December 2016 at the Spa Resort of Krynica- Zdrój, Poland.
Post a Comment
Continue reading »