So I think I should share little life story of Her Excellency Agbani Darego, 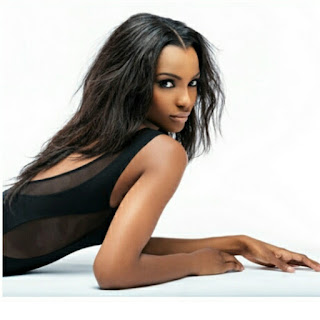 Early life
Darego hails from Abonnema in Rivers state .
She was born into a family of eight children
and raised in D-line .At ten, Darego was
sent to boarding school in a bid to shield her
from her mother who had breast cancer.
Darego's mother died two years later, and her
daughter has spoken of how the loss prepared
her for the future. As a teenager, Darego
longed to be a model, and despite her
conservative father's wishes, she auditioned
for the M-Net Face of Africa modelling
competition, but was not chosen as a finalist.
After finishing her Secondary education, she
attended University of Port Harcourt where she
studied Computer Science and Mathematics.
Pageantry
In 2001, Darego was crowned Most Beautiful
Girl in Nigeria. Contrary to popular belief,
Darego did not replace Valerie Peterside after
the latter was dethroned, as she had won Miss
Nigeria. A few months later she was a
contestant at Miss Universe, and became the
first Nigerian to place among the top 10 semi-
finalists, finishing seventh overall. She was the
only one to wear a maillot as opposed to a
bikini during the swimsuit competition.
In November that year, she became the first
native African to claim the Miss World title
(Although past winners such as Penelope
Coelen and Anneline Kriel are South African,
they are of European descent, and Antigone
Costanda , who represented Egypt in 1954 is of
Greek heritage). Darego's victory was widely
welcomed in her home country, and her one
year tenure included goodwill trips and
scheduled appearances on behalf of the
pageant, and a national honour of MFR .

............happy birthday to her!!! She is in Bali, Indonesia enjoying her vacation, read here incase  you missed it