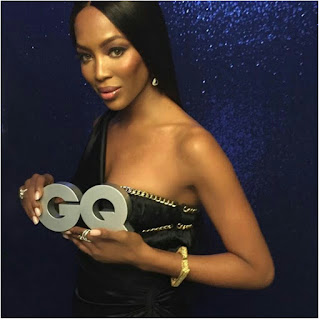 The 46-year-old super model hit the red carpet in a pair of Plein’s caged sandals that featured rhinestones and a nearly 5-inch heel. She teamed the footwear with an asymmetrical floor-length gown that had a high slit and embellishments around the bust line. And phillip plein a friend to Naomi Campbell and a top designer was awarded GQGermany’s Fashion Designer of the year


Campbell, who started modeling at age 15, was both an honoree and presenter at the event.

July 22, 2017
The Head to Head Challenge events will all take place between October 21st and November 15th at different locations visited by the contestants during the Miss World 2017 Festival.